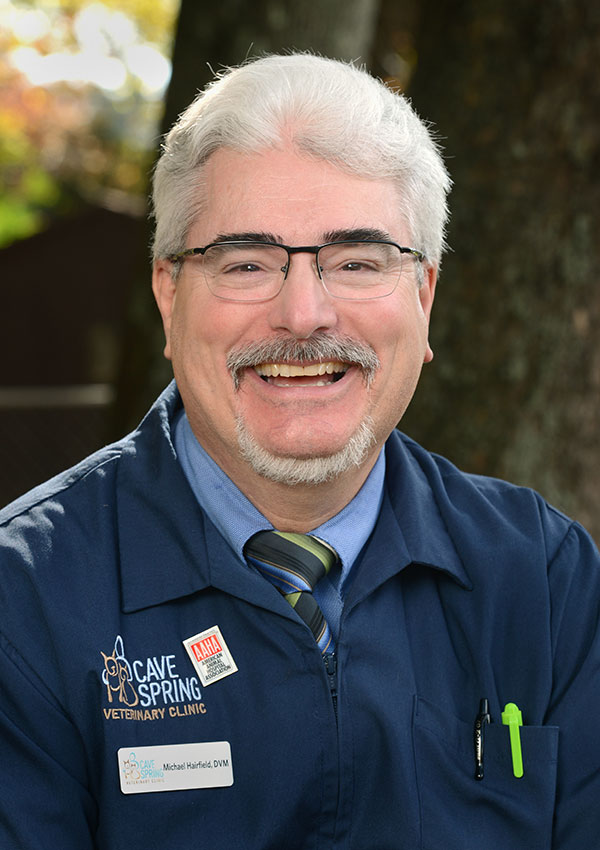 Originally from North Carolina, Dr. Michael Hairfield has been a Virginia resident since 1965. He graduated from James Madison University in 1979, worked as a small business contractor in Northern Virginia for several years, then returned to school where he earned his Doctor of Veterinary Medicine degree from the Virginia-Maryland Regional College of Veterinary Medicine.

He has been practicing at Cave Spring Veterinary Clinic as a full-time veterinarian since his graduation in 1993. Dr. Hairfield previously served as both secretary and president of the Roanoke Valley Veterinary Medical Association.

Dr. Hairfield enjoys interacting with people and providing support for the incredible relationships they have with their pets. Helping people by providing the best advice and care for their four-legged family members is his ultimate goal as a medical professional.

His other great passion is spending time with his wife, Barbara, and their three grown children. Michael loves singing in his church choir, never turns down the opportunity to read a good book and continues to suffer through Minnesota Vikings football, season after inglorious season.